For Jordan Molina, a second-year full-time MSW student at the Silberman School of Social Work at Hunter College, the concept of “community” matters. It shaped his interests prior to graduate school, and spurred his decision to pursue the nationally recognized Community Organizing, Planning and Development (COP&D) method area at Silberman. It also underpins why he loves serving on Silberman’s Faculty-Student Senate.

“The more I participate on the Senate, the more of a community it feels like,” Molina explains, referring to both the Senate and the entire school. For him, a great reward of working on the Senate – Silberman’s internal governance council comprising students and faculty members – is leading projects that unite and mobilize Silberman students with different backgrounds and interests. This work has enabled Molina to bring together, and get to know, many more of his peers than he could have previously imagined in a student body of well over 1,000. He has become more familiar with their stories, attentive to their needs and proud of their successes.

Molina’s dedication to creating and supporting strong communities runs deep. In 2012, Molina joined the AmeriCorps program, working with fifth-grade special education students in a New York public school. Inspired by this, he continued with AmeriCorps for another year as a Service Leader, managing several hands-on volunteer projects in neighborhoods with need. Prior to coming to Silberman, he also worked as a Parent Coordinator for NYU Lutheran Hospital in Sunset Park, Brooklyn. These commitments all sharpened his interest in, and his toolkit for, bringing diverse individuals into common conversation.

On the Silberman Faculty-Student Senate, Molina believes his academic experiences and his impact as a community-builder fuel one another. He finds that his Senate responsibilities are especially shaped by his experience in the Community Organizing, Planning and Development (COP&D) practice method.

“Coming from the COP&D track,” he articulates, “there is a congruent frame of mind [on the Senate]. The essential tools in unifying a neighborhood or a group of people are community engagement and community empowerment. This is the same on the Senate. The Senate helps me understand who is involved in different areas within the school community; how power and decision-making structures are organized; and how we can bring people together.”

The Senate has also exposed Molina to faculty and staff perspectives, which he has found valuable. “They have sat where students do,” he says, “but have also seen other sides and experiences” to any given school-wide issue. His Senate position has afforded Molina the opportunity to work with Silberman administrators on exciting projects. He and three other Senate members spent the Summer of 2016, for instance, preparing special Orientation podcasts with Acting Director of Student Affairs Rob Lorey and Writing Program Director Christopher Hartley.

In the spirit of bringing people together to shape the Silberman community, Molina is especially invested in getting first-year students on the Senate. “Student dynamics are always changing,” he says, “and one solution is to seriously involve younger students” who will represent new voices in the student body.

In sum, Molina emphasizes, “Getting involved in the Senate and connecting with people across the school makes coming to Silberman so much more than just going to a building. If I can do it, you can too.” 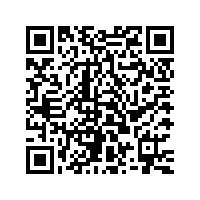 No events to display.
Social work is all about relationships; the relationships you develop with your clients, your colleagues, and the community. Silberman taught me the value of developing those relationships. When you join the Silberman community, you gain more than just an education, you gain a lifetime of resources. — Lacy (Orme) Maffei, MSW; Clinical Social Worker/Good Shepherd Services
Loading Comments...