When MSW student Julia Sick chose to attend the Silberman School of Social Work at Hunter College, she was drawn to a culture of anti-oppressive thinking she identified at the school. Now in her second year at Silberman studying Community Organizing, Planning and Development (COP&D), Sick remains deeply committed to the social justice work that first attracted her. Among the many ways she has become an advocate within – as she is beyond – the Silberman community, she is especially excited about her work on Silberman Faculty-Student Senate.

“Without that body,” she says of the Senate, an internal governing council that brings together Silberman students and faculty, “how can we change things here in the school? I see it as a way to institutionalize change.”

Change is something that Sick has worked intrepidly to mobilize, at the broad societal level and inside the specific organizations she has been part of. She came to New York City five years ago to build her momentum as an organizer. Prior to joining Silberman, she was with the international anti-poverty organization Fourth World Movement, which focuses on community-specific strategies for creating economic justice.

For her, effective change entails building coalitions, centralizing those voices less typically heard, and collaborating to impact the decisions that in turn impact everybody. She continues to learn more about effective organizing as a Policy Track student within the COP&D practice method, where she strives “to give those most impacted by policy a seat at the table in deciding it.”

On the Silberman Faculty-Student Senate, Sick finds a unique opportunity to push for change and centralize constituent voices in an environment where that has a strong legacy. “We have a role and a history at Silberman of using an anti-oppressive lens to make change happen,” she says. The Senate in her view allows students to be heard by a broad range of decision-makers, in a mutually invested process. It exemplifies “our responsibility as social workers to hold the school community accountable, as a place with real impact on social work practice.”

Sick’s priority goal in her Senate work right now is to get more of her fellow students involved with it; and particularly to get them involved with Silberman’s three governing committees – the Curriculum Committee, the Student Services Committee, and the Social Justice Committee. She emphasizes that “a lot needs to get done,” and that the opportunity to work closely on those efforts with faculty and staff offers students “so much new knowledge in so many realms…it is inspiring and exciting to try to build something together as a group.”

Sick eagerly encourages other students to join the Senate, and wants prospective members not to feel intimidated. “You can be committed at your ability,” she implores, underlining that for Silberman’s famously busy students, involvement at any level is valuable.

She is excited for more students to join and work together toward progress. In her own words: “So much can start here.” 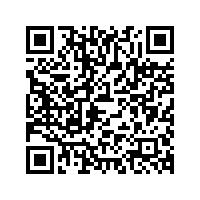 No events to display.
One great thing about SSW is becoming part of a community with some brilliant, compassionate social workers. I built a network of people that I can still call upon for career advice, emotional support, and resources for my clients. — Anna Steffens, MSW; Advocate Counselor, SCO Family of Services
Loading Comments...